EEA is excited about the potential of being part of a FestivalUK* 2022 partnership bid, which was announced this week. The bid is led by The Institute for Global Food Security (IGFS) at Queen’s University Belfast and includes Great British Bake Off star Andrew Smyth and Jamie Oliver’s team which will be a massive showcase of arts and science creativity to take place across the UK in 2022. Please see website here for further details, and a message from Daniel Bernstein about his views as to why EEA has got involved. Then on the website:

Getting through to the Research and Development stage now gives the team the opportunity to develop concepts and ideas that could manifest in a celebration of food, food sustainability and all things culinary. Together, the 30 shortlisted teams are made up of 22 UK-wide collaborations, with two each from Northern Ireland, England, Scotland and Wales. They bring together more than 500 organisations and individuals, from both private and public sector, including freelancers and emerging talent, with many working together for the first time. Teams are drawn from the worlds of science, technology, engineering, arts and maths (‘STEAM’) – including artists; scientists; technologists; engineers; mathematicians; choreographers; coders; gamers; musicians; theatre-makers; and writers. Independently run and led by Chief Creative Officer Martin Green, Festival UK* 2022 is backed by the four governments of the UK with £120 million of investment. It’s been designed to stimulate hard-hit economies and the arts sector with a series of 10 exciting public-engagement projects running throughout 2022. They may be live, or digital, but probably both, as the project as a whole seeks to reach 66 million people world-wide. The final 10 pitches will be selected after each Creative Team presents to a panel in February 2021 with the full festival programme announced later next year. In the meantime, all 30 shortlisted groups have been awarded £100,000 each to develop their bids.

Daniel Bernstein, CEO of EEA explains why EEA got involved in this project:

I want EEA to be part of this innovative project, helping to creatively reimagine what we might become as a country, and how we see ourselves in the future. I want us to be at the forefront of trying to help unite the divisions & inequality that are so prominent in our society. I want the EEA team and freelancers to be able to work in creative events during this catastrophic year and well into the future. I want us to be working at a scale and profile that is larger than ever before reaching more of the people and communities where creativity and the arts seldom impact. This is a huge opportunity for EEA to work with partners we’ve never worked with, at a scale larger than ever. The festival is being run outside of the control of government, by Martin Green – a Producer with a fantastic track record (Olympic Ceremonies; Hull City of Culture) of creative festivals that bring people together through jaw dropping spectacle, giving artists freedom to dream & create. The subject of food and equitable access to it, is a key issue for all of us. We don’t know exactly what the project will be yet, but we do know we will bring EEA’s creative, boisterous, activist spirit to it and we will not compromise on our values. Feel free to get in touch if you’d like to discuss this further or would like to be part of this journey we are setting off on. 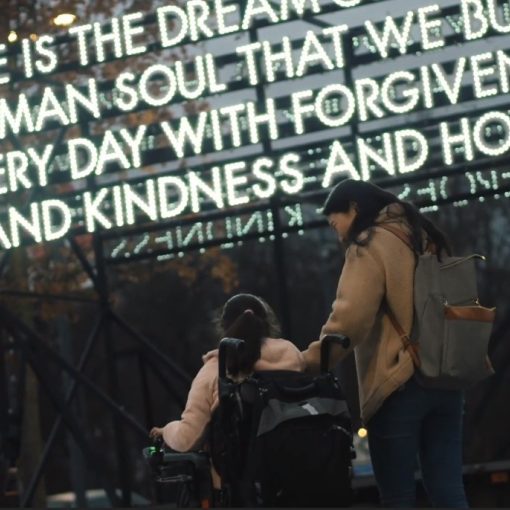 EEA was invited back to the annual Symposium.

Help us by completing a survey, which seeks to understand and develop support for artists working in participatory settings.