In 2013 EEA created a fabulous new outdoor show called Spin Cycle – a live musical spectacular game show. Before touring it around various outer London streets, squares and parks, we wanted to test it out – to scratch it in front of a mini-audience, before taking it out more publicly. Just to put the scratch on cost over £10,000 in time, resources, paying performers etc.

This led us to wonder how one can get constructive feedback from peers at an earlier stage of development. Less a scratch – more of an itch. In other words when an idea has been developed and work has been done, but it is not quite ready for a scratch performance (which might cost more).

It was an idea that was discussed at 101 Outdoor Creation Centre’s Devoted & Disgruntled Open Space. Following this we invited four artists/companies to talk us though their work-in-progress, to a select audience of 20 or so peers, producers and other interested parties. We followed the Liz Lurman process. It was so successful, we organised another one in March 2018. So far it has had great results:

I definitely feel motivated to take the work further. It was exciting to share an idea at such an early stage, and to feel inspired by the audience’s response to continue the work. I gained some really excellent feedback, a couple of potential gigs and some fantastic new contacts

I really love how EEA is piloting these different approaches, the event itself enriches the sector by asking questions about how we can be even better. I’ve witnessed it time and time again, EEA are generous hosts who make everyone feel very welcome immediately

Remember – not a scratch, not a pitch, but an itch! The next EEA Artists’ Itch will be on Monday 1 October 2018. If interested in showing work-in-progress, or coming along as an observer, please contact [email protected] 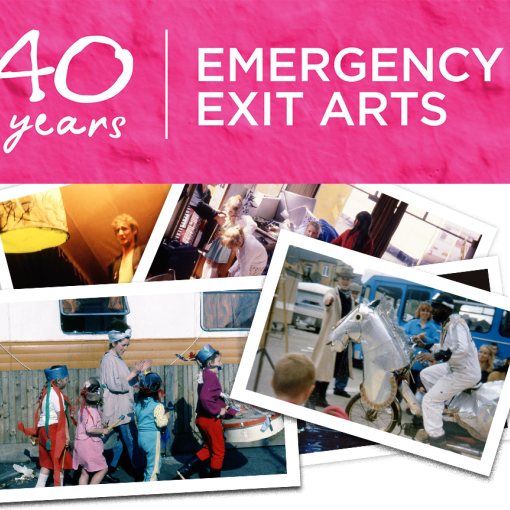 Join us! In 2020 EEA celebrates 40 years of ambitious art and creative projects in public spaces

EEA was invited back to the annual Symposium.

A fantastic video of City Centre Winterfest that we created in November 2014 for Appetite Stoke.