EEA in collaboration with Output Arts recently created Spring Waking to celebrate the Spring Equinox and mark the changing of the seasons from winter to spring. The collaboration between the two companies supported several strands of work including:

The partnership between EEA and Output Arts was expanded through a successful bid to Grants for the Arts from Output Arts. This provided opportunities for professional development and skills sharing between the two companies and enabled a more ambitious finale event featuring the work of world-class artists.

To watch the Spring fantasy take flight, watch our video:

EEA are thrilled to be back in Newham to deliver the Mayor’s Newham Carnival for the fifth consecutive year.

EEA along with partners have published an action research report into the experiences of five leading Outdoor Arts organisations. 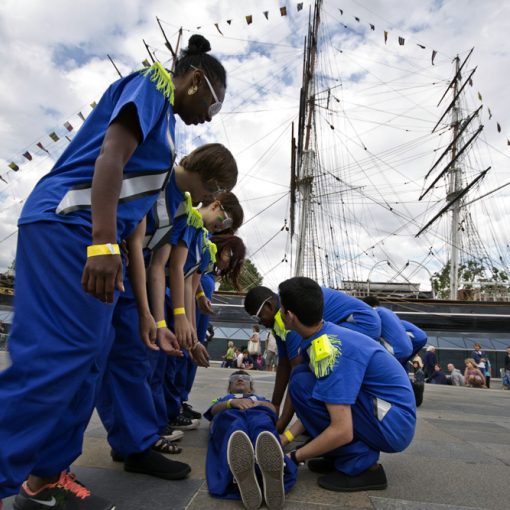 ​This summer EEA’s young participants have been involved in some amazing projects and have produced some truly outstanding work.